When politicians cross the line and no longer represent the true people, it is time for the people to "step off."  Only by continuing to play along with the charade do we imprison ourselves.  The bars are constructed and maintained in our minds.  That is the reason TRUE history is no longer taught.  The Reformation, the American Revolution--the BOLSHEVIK destruction of Russia.  A TINY handful of people gained control of one of the most powerful nations on earth, the Russian Empire and then systematically MURDERED 180 MILLION....!  --180,000,000 -- ONE HUNDRED AND EIGHTY MILLION white Christians. (See: - Human Cost of Communism in China, Prepared at Request of Sen. T. Dodd for Subcom. to Investigate Admin. of Internal Security Act and other Internal Security Laws of Committee on Judiciary US Senate, 1971, 44pp., 4.00 + P&H; which I reprint).  No one wants to be the first to step up and stand up for what is right, not knowing if anyone will have his back... but if people don't step up, they will pick us off one by one.

AGAIN, the HAUNTING words of Alexander Solzhenitsyn will be the EPITAPH (motto on a grave stone) of the former Christian Constitutional Republic of the United States of America and every nation of the U.K. and Europe, the former nations of Christendom:

"At what exact point, then, should one resist...How we burned in the prison camps later thinking: What would things have been like if every [Soviet] Security Operative, when he went out at night to make an arrest, had been uncertain whether he would return alive? Or during periods of mass arrests people had not simply sat there in their lairs, paling with terror at every bang on the downstairs and at every step on the staircase, but had understood that they had nothing to lose and had boldly set up in the downstairs' hall an ambush of half a dozen people with axes, hammers, pokers or whatever else was at hand...the Organs [Police] would very quickly suffered a shortage of officers...and, notwithstanding all of Stalin's thirst, the cursed Machine [Police] would have ground to a halt." Alexander Solzhenitsyn; The Gulag Archipelago

"Truth seldom is pleasant; it is almost invariably bitter. A loss of courage may be the most striking feature which an outside observer notices in the West in our days....Such a decline in courage is particularly noticeable among the ruling groups and the intellectual elite, causing an impression of loss of courage by the entire society. Of course, there are many courageous individuals, but they have no determining influence on public life."  Alexander Solzhenitsyn (from a Commencement Address given at Harvard University 6/8/78)

"To defend oneself, one must always be ready to die. There is little such readiness in a society raised in the cult of material well-being. Nothing is left, then, but concessions, attempts to gain time, and betrayal. Western thinking has become conservative: the world situation should stay as it is at any cost, there should be no changes. This debilitating dream of a status quo is the symptom of a society which has come to an end of its own development. The two so-called world wars have meant internal self-destruction of the small, progressive West, which has thus prepared its own end. The next war--which does not have to be an atomic one, and I do not believe it will--may well bury Western civilization for ever." Alexander Solzhenitsyn (Russian writer, former political prisoner; from a Commencement Address at Harvard University, 6/8/78)

Romans 8:31What shall we then say to these things? If God be for us, who can be against us?

James 4:17Therefore to him that knoweth to do good, and doeth it not, to him it is sin.

I Timothy 5:8But if any provide not for his own, and specially for those of his own house, he hath denied the faith, and is worse than an infidel.

This nation, all the nations of Europe were established by our KINSMEN.  THEY are our greater family.  If we turn a blind eye to the suffering, abuse, torture, persecution, murder, rape, pillaging of our KINSMEN wherever they are around the world, then we shall reap what we have sown:

Proverbs 21:13Whoso stoppeth his ears at the cry of the poor, he also shall cry himself, but shall not be heard.

He that hath ears, let him hear...

James 1:22But be ye doers of the word, and not hearers only, deceiving your own selves.

James 4:4Ye adulterers and adulteresses, know ye not that the friendship of the world is enmity with God? whosoever therefore will be a friend of the world is the enemy of God. 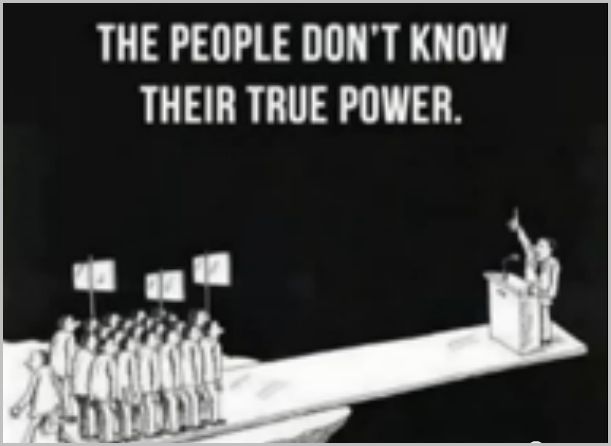