Skip to main content
In the below article, the author doesn't even mention Y-2K because that would add to the normalcy bias; people are desensitized thinking nothing is every going to happen since it hasn't happened, which is a tautological fallacy of logic (begging the question).  Further compounding the problem is that the average person is delusional, trusting—
1. that the government is omnipotent and
2. that the government is holy and good.  The government has replaced God.
The problem is, the government is none of those things.
In fact, as emails I sent out a year ago show, many billionaires and government conspirators WANT 9/10ths of the world's population to die off (now that they have acquired their billions off robbing the people).
With that in mind, and keeping in mind the government's shady and reprehensible history of starting wars to kill people so a select few can enrich themselves, purposely poisoning / contaminating people to experiment with drugs or disease or control the populace, get them dependent on Big Medicine and Big Business and the government, to increase taxes for health services and "research", to keep them in a constant state of multifarious fears (by which people are easily controlled) etc., etc., etc. the corrupt pseudo defacto government may very well FALSE FLAG a solar flare or Carrington Event using EMP techology to bring about what they want... and the billionaires and the corrupt government have already prepared— have already prepared for themselves, with food and water and deep underground bunkers and small cities... they themselves plan on surviving (off the resources they have stockpiled from money they have stolen from the people) while letting most everyone else die before they "step in as the Saviour."
However, B-HO and the rest are an "Evil Messiah" -- Antichrist.  It is foolish for the sheep to trust in the wolves, and just as foolish for the sheep to think that the wolves are their "Saviours" after the wolves stop eating the sheep in a massive, frenzied orgy; the stupid sheep think the wolves are their saviours, when in reality, after having glutted themselves in a feast, they will then merely go back to their normal consumption of sheep and the remaining ignorant sheep will worship them as gods; to which, periodically, many virgins and sacrificial lambs are thrown on a routine basis, but the sheep, mindlessly programmed, blow it off as a non-event, considering it merely, "a cost of doing business"; tautologically accepting via learned helplessness, "that's normal, it is how it has always been, it is unavoidable: eat, drink, and be merry, for tomorrow we may die."

"4:8 Draw nigh to God, and he will draw nigh to you. Cleanse your hands, ye sinners; and purify your hearts, ye double minded. [i.e. repent]
4:9 Be afflicted, and mourn, and weep: let your laughter be turned to mourning, and your joy to heaviness. [i.e. repent]
4:10 Humble yourselves in the sight of the Lord, and he shall lift you up." [i.e. repent] (James 4)

PS
Faraday Cages will protect electronics from EMPs, so you can safely bet that the elite will have Faraday Cages built around everything essential of theirs.  Also, electronics will not be fried if they are completely enclosed (storage) in a metal container without any opening or gap large enough to allow an EMP wave to enter.  There is also some evidence to suggest only electronics that are turned on or plugged into an electric current are effected; not those completely unplugged.

Can you tell the difference between someone holding a doomsday sign on a street corner and a rational assessment of probabilities? 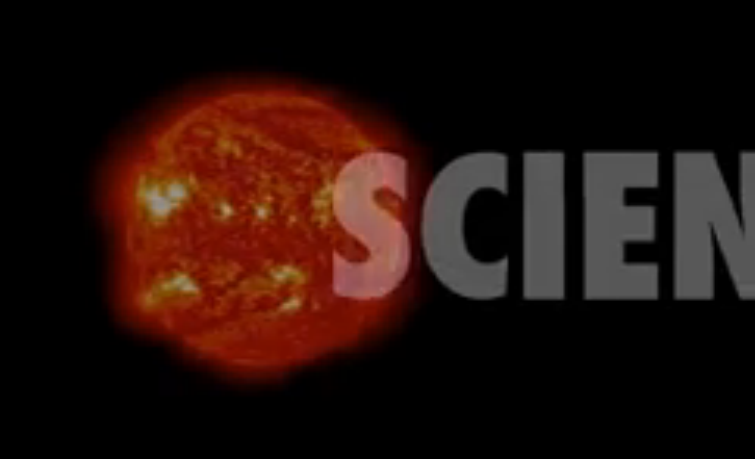 VIDEO
Recent study shows that in July 2012, the earth narrowly escaped a repeat of the 1859 Carrington Event. Washington Post This frightened the scientific community. Their true opinion of the prognosis is unpublishable. Quite literally, unpublishable. To publish one must both generate enough sponsor interest to attract funding and also garner enough public interest to make public dissemination lucrative.

Claims that repairs to bring the world's power grid back up would take years is wishful thinking, but attracts research funds. Whereas, the truth is Who would make those repairs? Who would feed those making the repairs and how would the repairs be organized?

About a 150 years ago, in 1859, a massive solar storm destroyed the world's telegraph system. The US was the only nation to have one. Historians refer to this event as the Carrington Event. At the time, it was a huge inconvenience. Someone in New York had to resort back to sending a letter to Los Angeles by train and horseback again. It took several years to restore service. 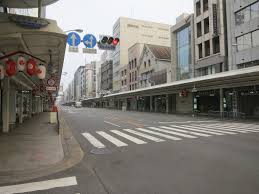 Such massive solar storms and other natural occurrences recur on a regular basis over the course of human history. The difference between past occurrences and the Carrington Event is simple. 1859 was the very first time humanity relied upon a technology that is effected by the many different kinds of repeating geologic, climatologic, biologic, and astrologic events to which humanity is continually subjected. Before rapid travel, even biological threats were contained.

Since 1859, our reliance upon technology has increased to staggering proportions, unprecedented in human history. The only reason we have not experienced catastrophe already is blind luck and the short time in which we have enjoyed technology. Our parents lived their whole lives as we never having experienced one of the world's many hiccups. This isn't unusual for the world to go a hundred or two hundred years without one. It has now been 155 years since the last.

This leads many to a false sense of security. This is called normalcy bias. If we have not experienced an event, we discount even its possibility. We know it could happen, but we make no provision for it. We exert no effort with respect to it.

Explore the effects of a Carrington Event on modern civilization:

All power grids around the world simultaneously melt. The windings of not just transformers but of the generators themselves turn to a solid lump of useless copper. All the lights around the world go dark in a matter of a few hours.

No TV, no TV transmitters. Not even back up generators survive. No radio, no cell phones, no military communications. Some hardened equipment would survive. However, without conventional communication, no one using a hardened unit knows which channel nor the password to reach anyone else with hardened equipment. No one even knows what happened nor how widespread the disaster is.

No water pressure. 70-80% of the world's population is now urban and dependent upon a grid of massive electric pumps to provide fresh water throughout the cities of the world.

Authorities have no way to assess damages nor coordinate repairs. At this point, most officials are just trying to figure out where their wife and children are. They can't even talk to authorities in other cities without sending a messenger and waiting for the messenger to return. All modern engines are electronic ignition, even diesel motors can't run without electronic control. Few automobiles would survive. Suppose for a moment that panic is not a concern. Suppose that most people react calmly and rationally. What does a rational calm person do? 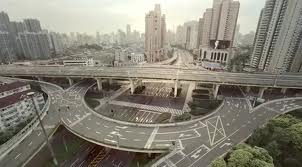 The Whole City, Nary The Living
If you are still in the city at this point, it's because you're dead.

Even with communication, organizing water trucks for just one city of 3 million would require 300 trucks a day each dispensed to different parts of the city. That is 300 round trips to a source of fresh water and pumps to fill the truck, and transport back to the city in an organized deployment throughout the city every day. That is the absolute minimum to sustain life, but this isn't nearly enough. This bare minimum scenario allows each person only 4 seconds to grab his daily allowance of water from one of the trucks. And it doesn't even approach the water needed to wash away human waste that would be accruing in many parts of the city where gravity sewers are not available. There simply aren't any plans that work. Without Roman style water systems, anyone remaining in a modern city after three days is dead.

Our normalcy bias convinced us to so rapidly rely on technology that has not been tested for even one century to such an extent that the next time the world has one of its many fits, we are truly and sorely screwed.

No communication. Not even enough water for gravity sewers to work. With out water or just enough information to prevent panic, city residents have three days to find clean, safe fresh water or die. Most would resort to drinking river water, giving rise to epidemic levels of dysentery. The few hospitals that might have a working generator are overwhelmed, but only by locals, since without communication, no one knows which hospitals are working and which are not. Health care workers leave their posts in droves to tend their own families. Health care workers and authorities who choose to stay at their posts will soon need to drink water too. Who will bring it to them so they can continue doing what? They can't communicate with anyone other than face to face?

Within three days one third of the world's population is dead or dying. The only survivors are those who found fresh, clean water. Those that survive for the next year are only those who find a sustainable source of fresh water and food. They won't find this in the city. Canned goods left over in abandoned supermarkets will last a couple of weeks, but water will be the problem in any city.

Survivors are faced with defending the limited resources which they found, until the population is further culled, by which time the cities have turned into wastelands and modern forms of communication driven governments have disintegrated.

By the time any semblance of stability is restored and someone says "Hey, everyone let's all get together and rebuild radio communication and restore water to the city." Others retort: "Who's going to feed and water me? tend my crops and defend my territory?" 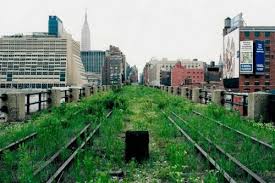 Civilization would have to begin again, starting once again down the long road of organic development reforming around villages of people in what ever places they found replenishable sources of food and water. Technology would have a head start, so long as those with the education, find each other, and enough others are willing to feed them while they work to rebuild technology. This all has to happen within the the life times of those educated enough to build a microchip from scratch, otherwise, technology has a much longer road back, several generations.

Those who survive are those who make decisions which increase the likelihood of immediate survival. Most survivors are not likely to see any immediate value in giving nerds and squint eyes food and water for which they worked hard so that the nerds can rebuild technology. Most people with that sort of vision, did not survive.

I know what to do. The answer is not about surviving a Carrington Event nor even survival at all. There are at least a dozen other recurring geologic, climatologic, biologic, and astrologic events, some even more catastrophic. Do you know what to do? How do you know you're right? If your answer is merely repeating the question "Jerry, how do you know you're right?" Then you don't know. You're just guessing.

How likely is it that the world is organized to such an extreme that life can arise even be nurtured, and at the same time be just exactly chaotic enough to cause disasters, but not so chaotic so as to extinct life? If you think the answer is. "Well that just happens. I guess we'll never know." I suggest you didn't think it through very carefully.

recommend this email to a friend