Also, it is interesting to note that M&M's WERE DEVELOPED FOR THE MILITARY and were developed to be able to withstand the heat of the middle-east desert.  THAT'S where these M&Ms "migrants" belong.  In the desert.

In reality, the below picture is unrealistic and is looking at the bowl through tuti-fruti-colored glasses. 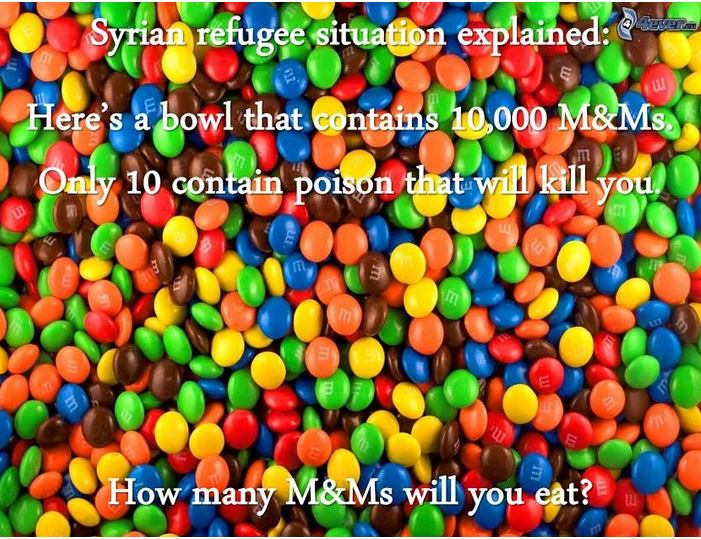 ALL of the 10,000 Syrian M&Ms contain poison.
It is just that some have a slow-working poison and others (far more than a mere 10*) have a poison
that will kill instantly.

[* reports of their abuse in the countries through whom they have travelled and left their stain of garbage, destroyed property, assault, rape, and murder would most probably indicate that the number is not a mere 10 but more like 5,000 who would kill or rape right away if given the chance.]
But better than a bowl of M&Ms, which is stupid, the picture should be of a cage with 10,000 rats, which says, "not all of these rats carry bubonic plague, we really don't know how many actually do, though they all have fleas, stink, urinate and poop wherever and wherever the urge comes over them, steal, bite, rape, or murder.  But we feel sorry for them and if we showed you their baby pictures you would "ooh" and "aah" and say, "look, how cute"... So, how many do you want to adopt and support for the rest of your life...? 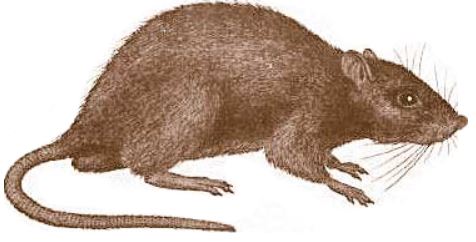 By the way, have you ever seen the movie "Willard"...?