While the below STATEMENT is true, it is OFF POINT.

It also opens the door for an invalid inference that once that primary problem is corrected, then it is okay to allow the secondary issue.

People SO EASILY FORGET that we are founded as a nation of law / morality and our government (public servants kept on a tight leash by the true people) is not to be ruled by EMOTIONALISM.

EITHER WAY, the left or the right... this is cheap pandering to illegitimate thinking / illegitimate politics.

THIS IS OUR NATION.

Other people HAVE THEIR OWN NATIONS.

Politicians are elected to PRESERVE and DEFEND OUR RIGHTS, not undermine or change our Constitution and give OUR nation to ALIENS and make us pay for our own extinction. Politicians had NO RIGHT to change immigration from Europe to the Third World starting in the early 1900s. It is genocide of us and if we allow it, it is suicide. Our Ancestors and Founders did not risk their lives and invest their all so that we could give it away to God's enemies. God forbids it. Shameless emotionalism with photos below are wrong regardless of which side uses them. You are not supposed to do something because of how it makes you feel, but because it is right or wrong. God established rules even for charity. The violation of all of God's Laws is what brings Judgment. The way out of Judgment is not to try to make certain people "more comfortable", but to obey what God commanded and the Judgment will be removed when God's people are doing what is right... including opposing evil... every single politician who violates a campaign promise or who does a single thing that violates the Constitution, interpreted in light of the Common Law and based upon what was intended in the minds of the Founders when they drafted the Constitution—is guilty of High Treason and should be IMMEDIATELY removed from office, tried, and sentenced as the Law demands. THAT stops the progression of evil immediately. Anything else is merely fighting a thousand tentacles of the Hydra instead of striking the heart and / or head; it is busy work, it is defeatism... it is senseless, it is a waste of time and energies and a myriad distractions and only gives the Hydra time to grow STRONGER.

[* See this title that I reprint, which offers statistics and shows when such treason was implemented: Race or Mongrel - A Brief History of the Rise and Fall of the Ancient Races of Earth: a Theory That the Fall of Nations is Due to Intermarriage with Alien Stocks: a Demonstration that a Nation’s Strength is Due to Racial Purity: A Prophecy that America Will Sink to Early Decay Unless Immigration is Rigorously Restricted (1908) Also Including The End of Darwinism - Not Change, But Persistence is Characteristic of Life, Every Change is Essentially A Persistence, Only What Persists Can Change (an Essay) Alfred P. Schultz, M.D., 414pp., pb., 22.00 + P&H.] 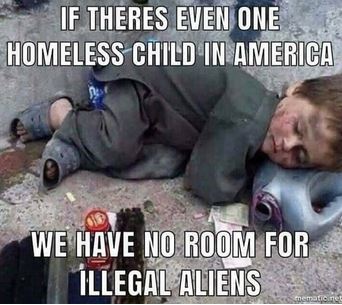