I saw this (screen shot of an art gallery in New South Wales, Australia) while doing an image search... will the grovelling, surrender, self-flagellation, lying never cease...? 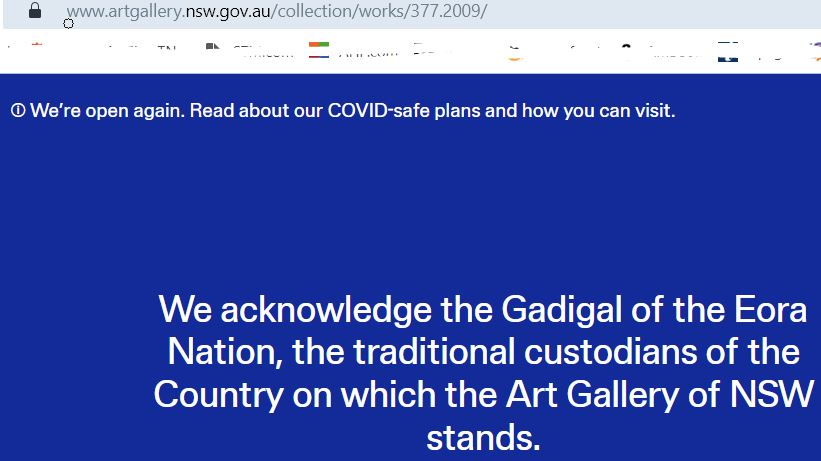 “Custodians”...?  What maintenance, clean up, preservation have the Abos ever undertaken...?

What money, resources, time, and effort have the Abos ever expended...?  They never discovered how to make fire or invented the wheel or knew that sexual intercourse had anything to do with reproduction.  And they were “Custodians”...?  It would be laughable were it not so psychotic and anti-intellectual and self-flaggelating and self-neutering.

Like the “American Indians” (north, central, south) or Africans, there is no such thing as a “noble savage”...

The old t.v. commercial of littering along side the U.S. highways and the Indian shedding a tear is propaganda...

Welfare trash are the ones who litter; those who own nothing—or have it given to them, don’t care or upkeep anything.

A simple visit to an Indian reservation / free housing projects (or those for negros or puerto ricans in NYC) will show that.

The only reason traditional Indian and African lands did not look like squalorous landfills is because they invented nothing, and everything that they had was biodegradable, and the refuse they left deteriorated into topsoil or was eaten by buzzards and scavengers and insects... but not today... they litter no more today than they did then... it is just that their refuse today that they simply dump anywhere is mostly plastic.  All the mixed indians-white trash of the south lives no different; they throw their garbage out the window, down a ravine, into the creek... plastic, glass, metal—everything.  Recycling and not littering or composting is never a thought in their mind.  They have no respect, who receive a monthly welfare check, cell phone, utilities, housing... that is why they trash it.  It means nothing to them, and like parasites, they simply feed until the death of the host and then look for another host.

Question to art gallery... —Do you pay taxes to the “Gadigal of the Eora nation” on “whose land” your building is built...?  What services does the Gadigal / Nation provide for you...?  What have they provided for the past 100 years...?  Did they build the building...? discover electricity and how to harnass it...? invent and build the electric poles and lines, breaker box, electric lights, sewage system, telephones, cell phones, internet...?  Do they maintain the lawn / trees...?  If you recognize them, then they can levy taxes, charge you rent, raise your taxes and rent, and even evict you at their whim.  Stop spewing impotent anti-intellectual bullshit.

Since Ass-trail-ya is yet another example of a neutered, Apostate nation of Christendom, I created a New Coat of Arms for Ass-trail-ya,  that is more fitting, to better reflect its nature and mindset... 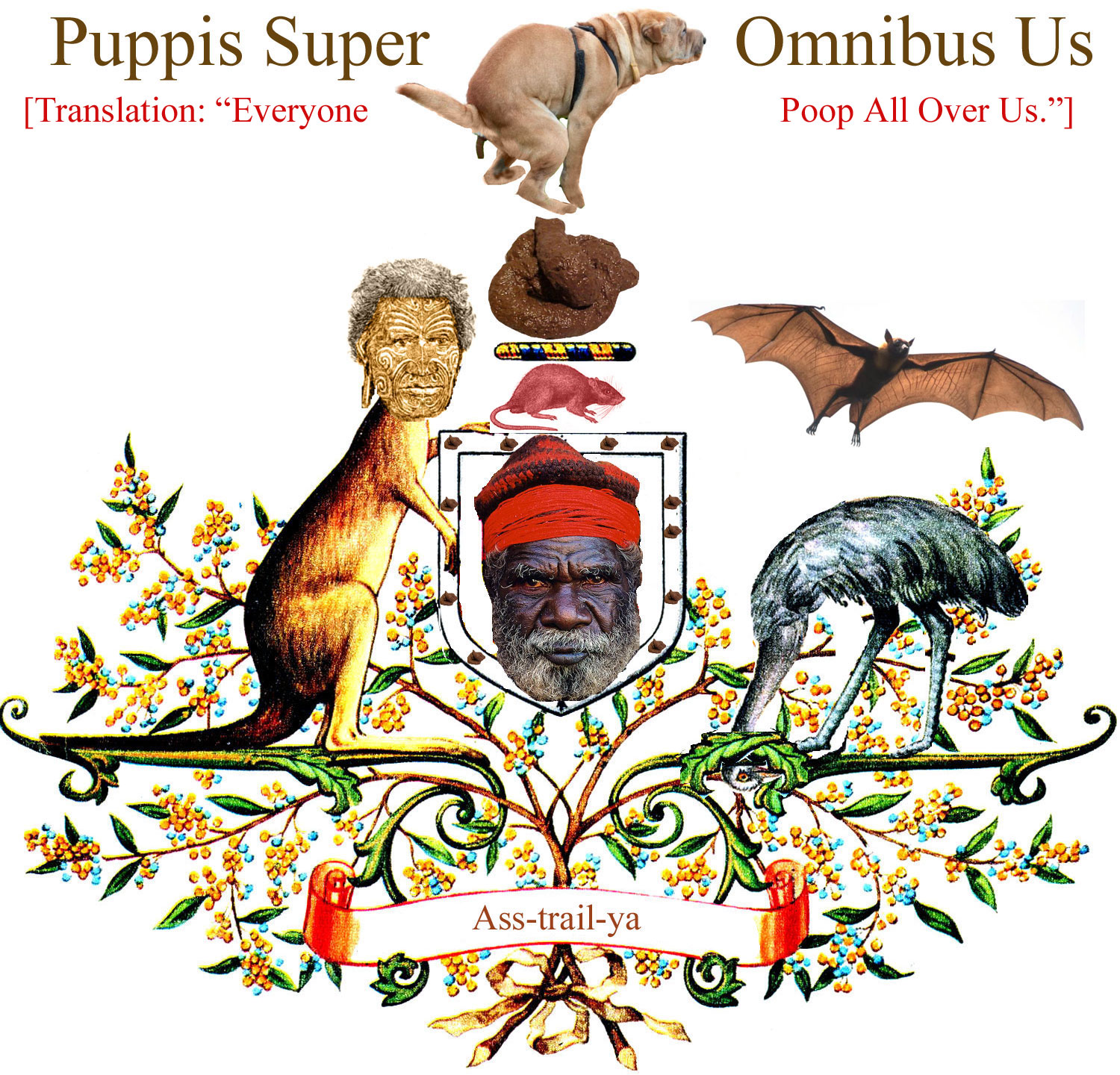 —and not to be outdone in the mindless, Antichrist lust toward Babylonian amalgamationism self-destruction: 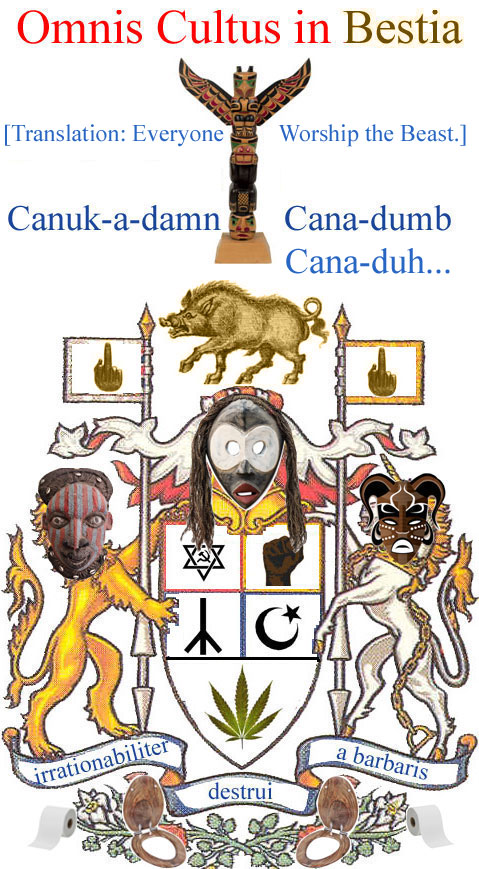 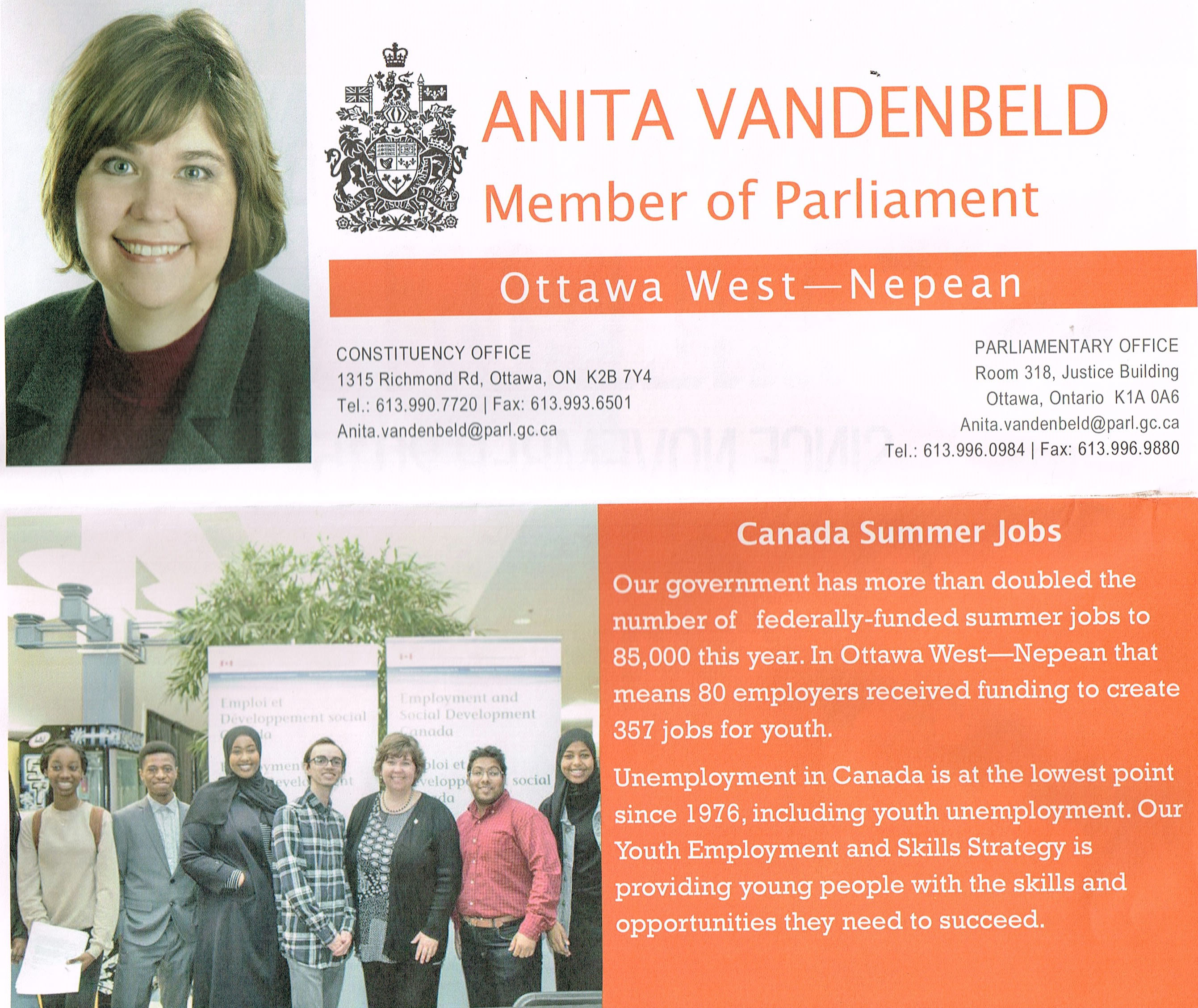