If you want to commit suicide... DO IT BY YOURSELF... don't take everyone else with you... THAT is homicide, murder—MASS murder... genocide...!  Multiculturalists are the REAL HATERS.  We are not moving into their worthless nations and attempting to exterminate them and steal the nations that they have run into the ground that real people before them developed.  Third-world invaders do not a Swede make!  They can "live" there for 1,000 years (which the nation would never survive), but they will never be Swedes / Svenska; they will never be Swedish people.  The Swedes have 2,500 years of history, culture, civilization... the invaders have ZERO (their "culture" is comparable to that of bacteria / virus).  Had they any of their own, they would not be invading Christendom, trying to steal and destroy.

"He that entereth not by the door into the sheepfold, but climbeth up some other way, the same is a thief and a robber." (John 10:1)

"Give not that which is holy unto the dogs, neither cast ye your pearls before swine, lest they trample them under their feet, and turn again and rend you." (Matthew 7:6)

They are destroyers of civilization, not builders; any more than disease or parasites contribute to the health of a body.

Why do haters flock to the nation of those whom they hate?  They hate them because they can never be them; so their goal is to destroy them (and steal what they built, until all is destroyed, since that is all they can do) to make themselves feel better about their own worthless inadequacy.  Were it not so, they would develop their own nations; not demand to be recognized as "equals" in someone elses country; which is no different than cancerous cells, gangrene, parasites or any other disease demanding to be recognized as "equals" with healthy body cells, and "normal" and having "value" and making earth-shattering "contributions"... all of which is the profoundest of psychosis and psychopathology.

And the "art" and "culture" that these savages has produced was nothing even in the same solar system as the below painting, but amounted to taking a mouthful of paint, putting their hand on the cave wall, and spitting...!  What a Rembrandt...!  Given them the Nobel Prize for art...!

Amazing... no multiculturalism and they had a successful society / economy / nation for 1500 years...!

—and the majority of the men want to rape these beauties and their women are accomplices, forming a wall as a shield so no one can see to identify or document what was done by 100 men.  And if any of these alien men or women do not want to and do not cooperate, they are GUILTY if they don't DO ALL THEY CAN TO STOP IT. 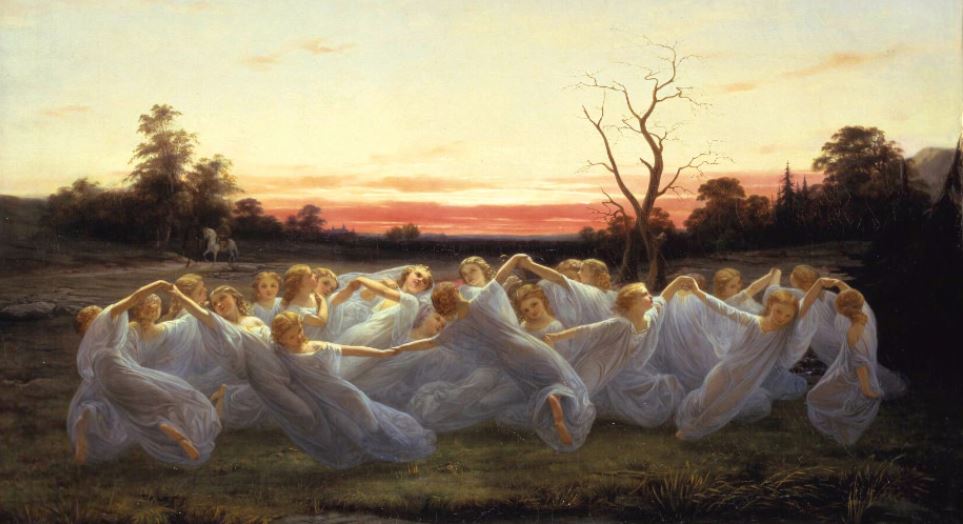