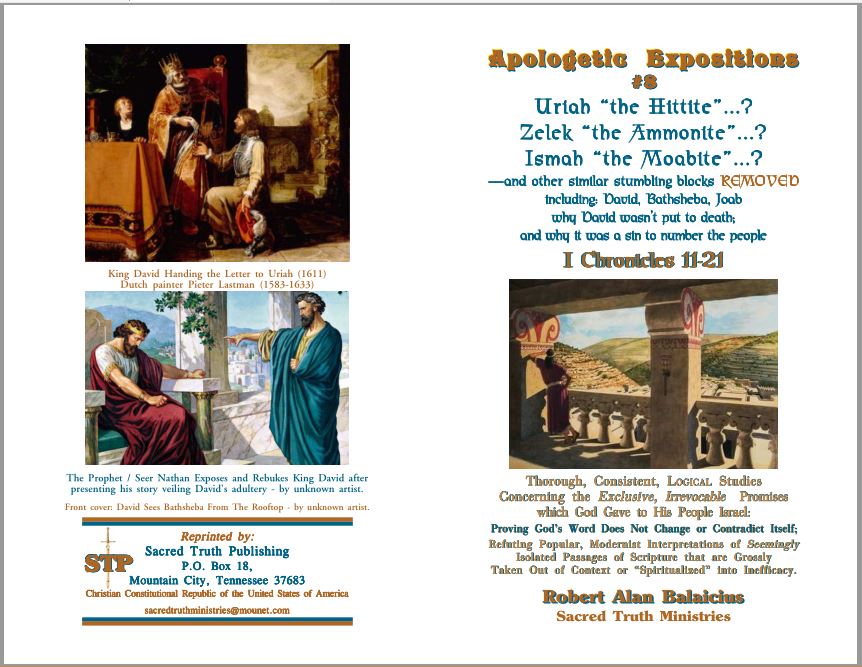 Another New Booklet: The Unique “Ethiopian” Eunuch was NOT a Nubian, NEITHER was Simon of Cyrene, etc.

- (#1) Isaiah 56, God’s Covenants have not failed; Promises God gave to Israel not generalized to all. God changes not.  Neither does His Will or Word.  He is Sovereign.  We must accept what He declared--not misinterpret in light of modern liberal ideology.  Hebrew words for “stranger” and “man” clearly interpreted,  88pp., 7.00 + P&H.