Irrevocable  Promises which God Gave to His People Israel:

Proving God’s Word Does Not Change or Contradict Itself;

Seemingly Isolated Passages of Scripture that are

Grossly Taken Out of Context or “Spiritualized” into Inefficacy. 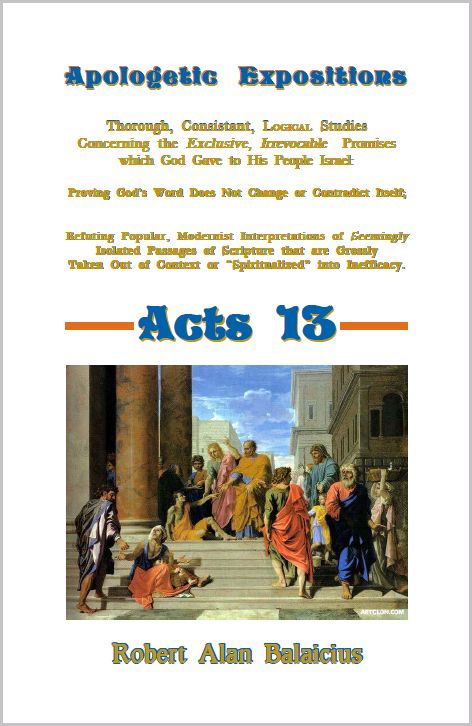 3rd in the series, and a good companion volume to the 2nd in the series (Acts 15); irrefutable evidence that the so-called "Gentiles" and "Greeks" to whom Paul was sent, were not non-Israelite peoples, but the Israelites of the dispersion whom God promised to regather.  This entire chapter is covered verse by verse and is skillfully compared with a plethora of other Scriptures, both Old and New Testament.