The Christian-Anglo-Israel Message in the English-Speaking World during the Late 19th and Early 20th Centuries: 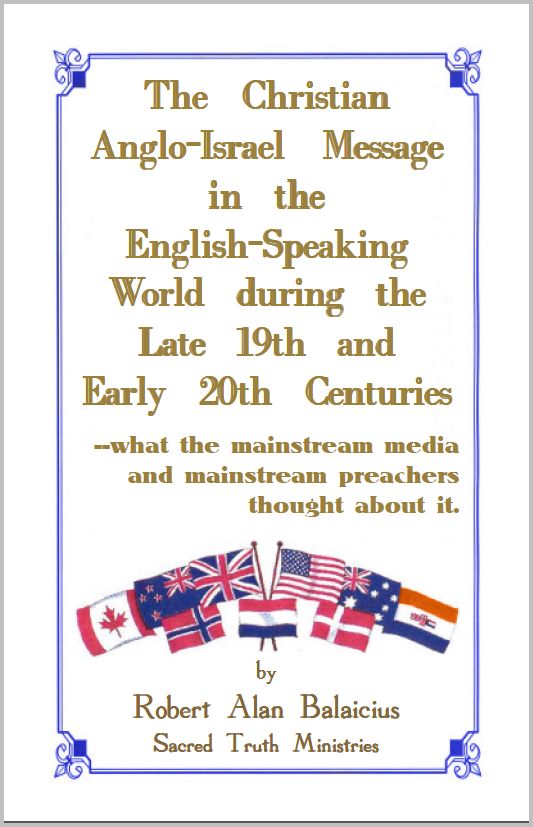 [The first in a series of booklets, though no more have yet been written...] Men like Rev. William Poole,* Edward Hine, Bishop J. H. Allen, held numerous public meetings on how the Anglo-Saxon peoples were the actual lost tribes of Israel.  Mainstream, secular newspapers frequently announced the meetings—and reporters even attended, giving favorable reviews.  Ministers of all denominations also gave their comments. Most all comments and reviews were not only favorable, but praiseworthy, encouraging people to attend and hear the lectures.