God’s Plan For Mankind, the Sin Factor, and The Restoration of Creation

(Including: A Study of The Theocentric-Scientific "Evolution" of The Modern Nations and Languages of Christendom 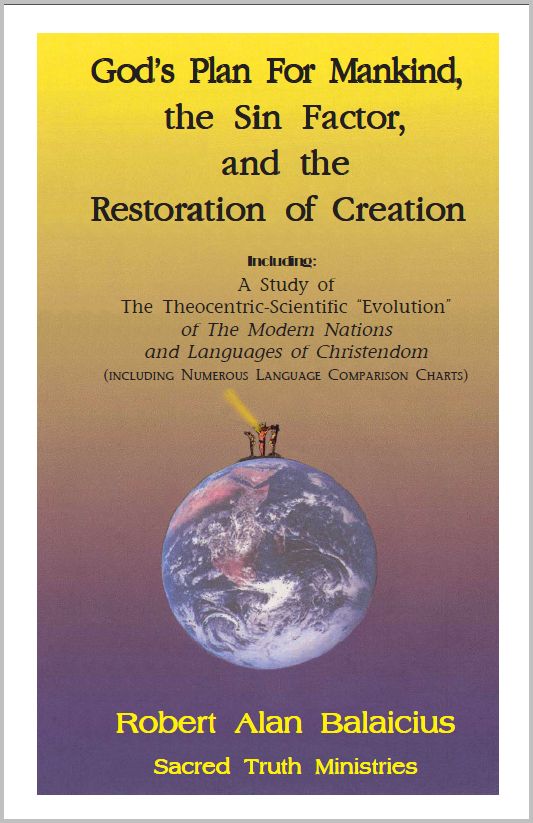 with Numerous Language Comparison Charts and an original fold-out chart of the Indo-European family tree of languages; God had a purpose for each species of His creation.  Some insight into why God may have created races other than Adamkind, God’s Plan for all His creation, and insight into how the various European nations and languages "evolved;" similarities between the Germanic/Celitc languages and Hebrew are shown; and how English evolved from German. Numerous charts on the alphabets of ancient languages (one original, large fold-out chart of Indo-European language family).