Pawns in the Enemy’s Plan to Destroy Patriotic American People 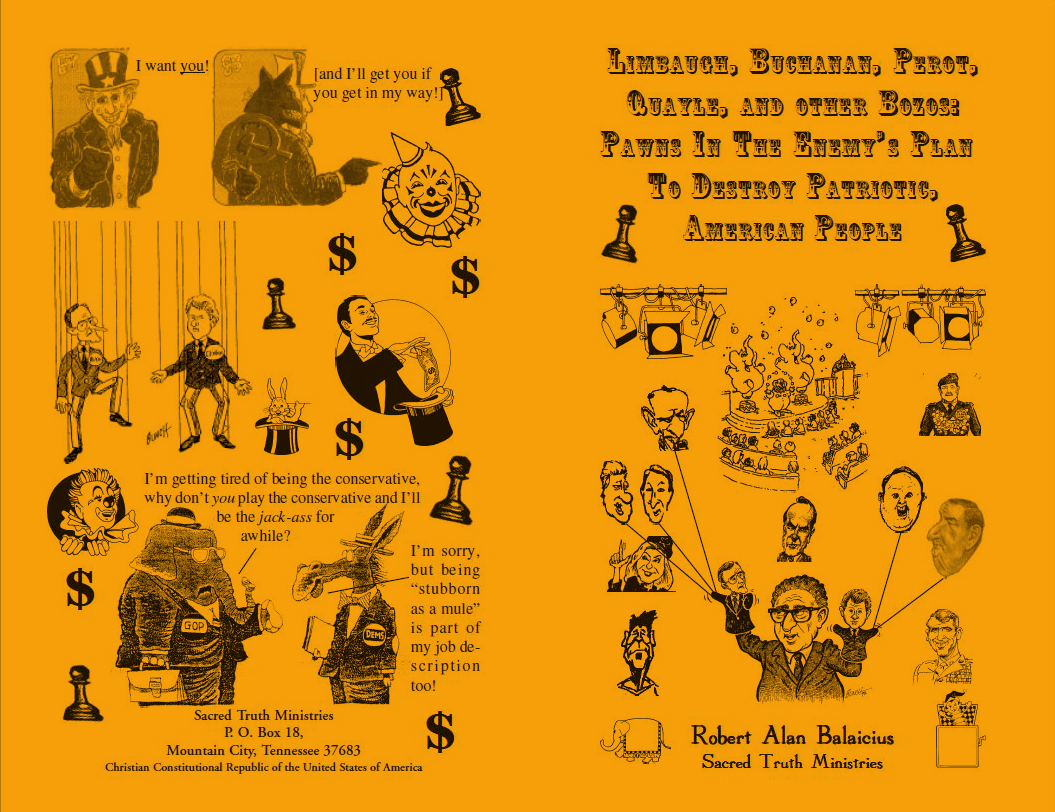 If this cover looks "busy" and "confusing" that is because it is.  That's the point: The entire political show is a circus... full of whirling motion, flashing lights, bells and whistles, all intended to distract people (the average person so being caught up in it, he does not even realize it is all an elaborate show, with assigned, scripted, rehearsed parts; with all actors being paid well to play their appointed role).

The enemy’s tactics and modus operandi are revealed.  How patriotic groups and true Israel churches are infiltrated.  An eye-opening expose of the entire political circus "freak show" which is palmed off on the American people as a free ballot election of good men who want to help America.  They are all traitors and zionists.