Is Y2K a fulfillment of the "Government’s" Yearning 2 Kill off 85% of The World’s Population? 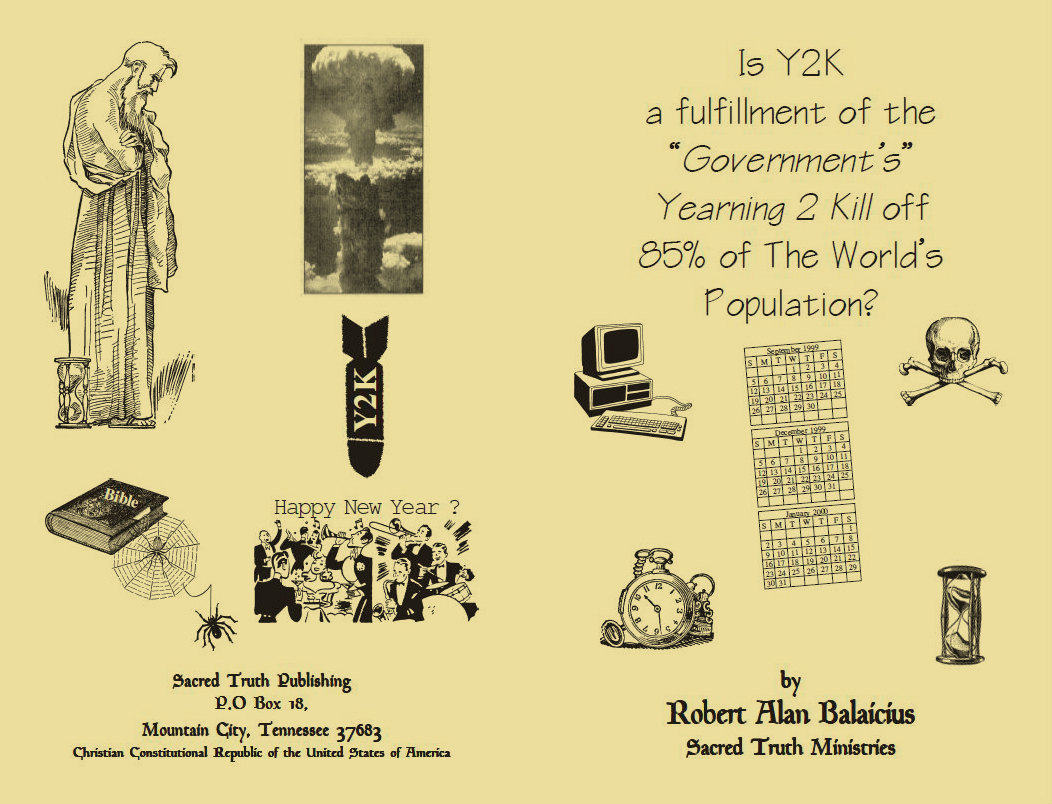 Though Y2K did not happen, its potential was of greater magnitude than most people probably realized. This booklet explains the imporance of preparing now for any "emergency" or "disaster" (or declaration of Martial Law) that may soon take place (natural or contrived), for any number of numerous different factors could precipitate the same "worst case scenario" in which Y2K could have resulted.