Don’t say, “THAT will never happen”.

In the past year we have seen dozens of things happen no one ever would have believed.

More and more happens each and every year, that people would have said a half-century earlier: “THAT will never happen”.

We passed the Age of Anti-Intellectualism into the Age of Perverse Insanity.

EVERYTHING will happen.  Entropy happens! unless you fight against it.

As Christian Anglo-Irish statesman Edmund Burke said, “All that is required for evil to triumph over good is for good men to do nothing”.  However, as I have said, if “good” men do nothing in the face of evil, then they are not really good, are they?

“Ye adulterers and adulteresses, know ye not that the friendship of the world is enmity with God? whosoever therefore will be a friend of the world is the enemy of God.” (James 4:4)

DO something.  Stand up.  If you don’t stand up for righteousness you deny Christ.  Denying or confessing Christ is not merely assenting that you know His Name or believe in Him.  It is standing up and speaking out and opposing what He would have... and if you don’t, you don't really believe in Him... you merely know His Name in the same sense you know any other name. 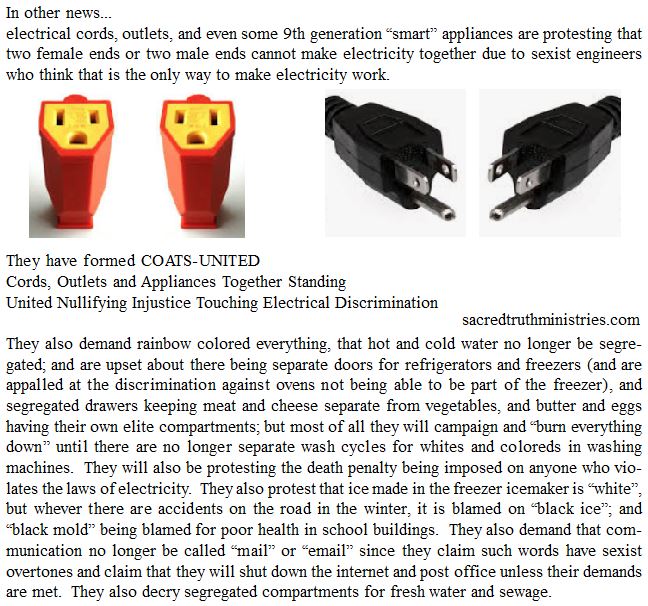